This summoner build makes use of spectres because the major harm dealers. Spectres are 'ghosts' of monsters that you kill. You can uncover tough hitting melee spectres, quick map clearing spectres and everything in in between. This offers a spectre summoner many flexibility based on what you'd like to focus on.
This guide actually has 3 builds! The very first is low cost and tanky 'Base Build'. It truly is created for fresh league start and also HC and SSF. In case you play in trade league, there's also 'Pure Spectres' which is focused on DPS, and 'Spectres And Spiders' which is a high speed mapper. All 3 build are viable for endgame! 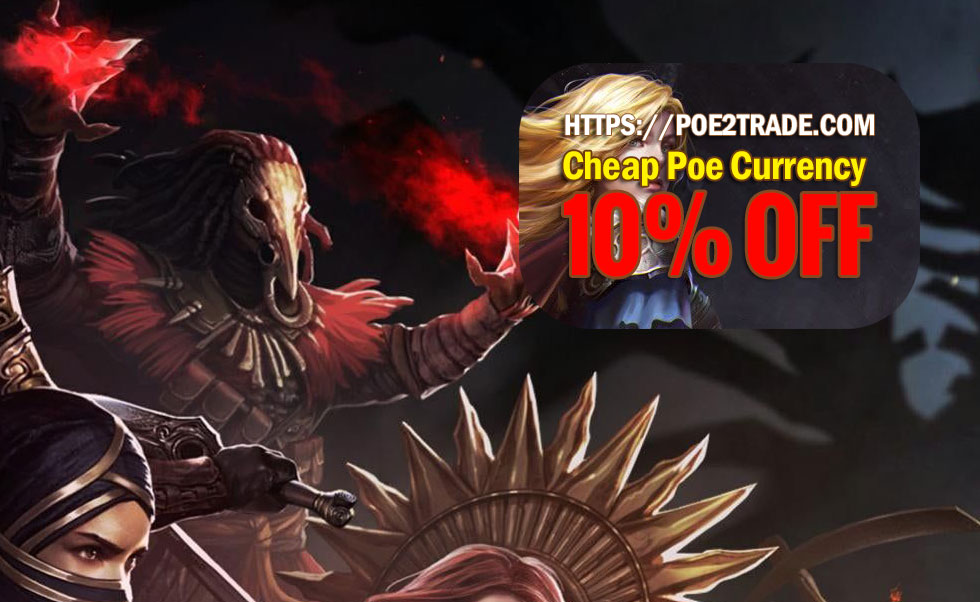 Each and every build solution has a detailed breakdown on passives/equipment/gems. I also have video guide on my youtube channel. There is also a crafting guide, spectre guide plus a complete levelling guide with walkthrough.
These builds are primarily based on my own character along with the contributions, recommendations and theorycrafting of several other players. Feel free of charge to utilize the build as a starting point for your own customised version!
Bandits: Kill all

Pantheon
Lunaris for mapping
Solaris for bossing
Arakaali for Sirus*

Harvest League has us inside the fields pumping away for some fat crafts and screenwide clearing goodness. Two handers have received a substantial buff having a new category of skills, Slams. Among these the only new a single is Earthshatter, and it honestly is not receiving the adore it deserves. This thing has 30% a lot more base harm than Earthquake although functioning in a pretty similar manner. We are going to be building huge screen wide fissures due to the new support Fist of War plus the Warcry skill Seismic Cry.
As a way to get absolute stonkers attacks we are going to be scaling it predominately by way of Physical Damage plus the use of your new Warcry skills. These Warcries permit us to buff our next couple of attacks that will hit like a truck although also possessing other advantages such as explosions and huge Area of Effect.

Cons:
– Zoom Zoom isn't genuinely the play style of this build
– Some may uncover buffing our attacks annoying, not a 1 button build
– Loads of Lowered Physical Damage got removed in the tree
– New skill, so it could potentially feel / be awful

Bandits: Alira is our Bandit of selection. The Crit Multiplier and Elemental Resistance makes building far much easier. We are able to grab considerably cheaper gear due to this. Eramir can also be a super great selection this League as a lot more skill points = a lot more Cluster Jewels.

Pantheon:
For the Major God you'd like to either pick out Soul of Lunaris or Soul of Solaris. These are both super solid selections and just will depend on whether or not you'd like to become mapping or bossing a lot more. In case you consider you will not fuck with bosses then take Lunaris, otherwise take Solaris. I personally use Lunaris because it helps when suicide operating into packs like a lunatic, which I do regularly.

For the Minor God your very best bet is Soul of Shakari. Lowered chaos harm can be a nice high quality of life as poison is usually not planned around. Soul of Gruthkul wouldn't be terrible either as we are going to be taking hit regularly.

Hey every person, due to the quantity of response/questions the build is getting, im updating the PoB and answering inquiries on discord and twitch mostly. Significantly much easier to sustain. Please join the discord and twitch, we have a ridiculously awesome neighborhood on my discord server, feel free of charge to join and chat/ask inquiries.
Blade Vortex could be the very best technique to stack a high quantity of poisons on a target. With no limits in how several poisons you'll be able to apply at a single time, you'll be able to count on some incredibly sturdy harm ramp up (If your target has adequate life to withstand a lot more than several seconds of your harm). Increases your dodge and movement speed. This keeps you alive. In case you feel you'll need 100% uptime you'll be able to simply integrate Withering step to obtain permanent elusive. I don't feel I want it at this stage, but it's an solution.

Cons:
– Scales with some uniques and high end gear
– It is a dodge build
– Some map mods feel terrible.
Attempt prevent operating 60% possibility to avoid bleed and poison maps, because the harm on bosses and metamorphs just is not great. Phys reflect is doable but slow, exact same as 90% possibility to avoid ailments.

Ascendancy: Assassin
1. Noxious Strike (Phat Poison DPS)
2. Mistwalker (Grants Elusive, one of the nicest defensive buffs inside the game suitable now)
3. Toxic Delivery (Scales our crits and offers much more Poison DPS)
4. Opportunistic (Nice QoL for Mapping with the mvspeed and rounds out our harm against tougher distinctive enemies)

Pantheon:
Major: Soul of Lunaris – Run the upgraded version of this to cap your dodge possibility
Minor: Soul of Ryslatha – Extremely nice defensive selection, helps with upkeep of life flasks