In Path of Exile, I have a suggestion for support gem: melee charge, it’s a pretty basic suggestion so I’m just posting it in plain text, although I do not know whether other collectors of path of exile items agree with this suggestion:

1. When you target a mob which is out of range of your supported melee attack, attack with the supported melee skill by charging it at 90-180% increased movement speed and strike it when in range. 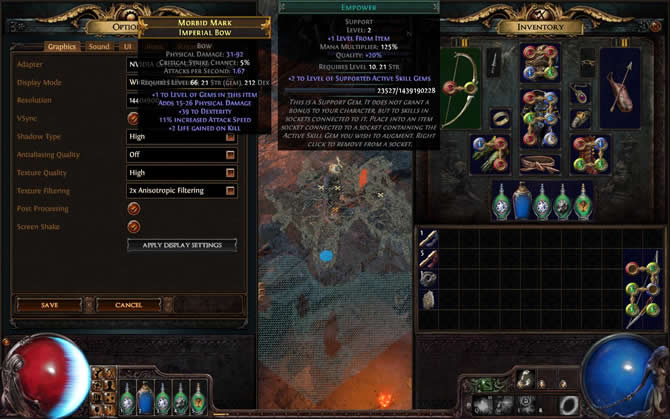 2. That’s pretty much it. A quality of life melee support gems that triggers charge everytime you target a mob out of range or shift clicking on the ground. You give up one dps slot for utility, and free up other gem slots by not always having to have a movement skill.

3. About “But just use movement skills,” the very idea here is a support that lets you unify your melee attack with movement abilities so you don’t have to use a movement skill as a second active ability. Besides, this is exactly what many people have wanted for a long time! Support skills that are not just dps increases but gives some sort of skill altering or utilitary effect.

Some players think that non – dps support gems like this would be cool, except they take the slot a dps support gem, which makes them unusable in most cases. Unless it’s stupid fast movement, in which case people would probably just use it in a secondary setup instead of other movement abilities.

And some think that it is hard to see where giving up a support slot to not have a travel skill is worth it. Along with how it will interact with other skills and supports. Multistrike would make stuff they to Flicker and how would this work with Cyclone? They just don’t think it is a good idea. They like the thought, but not the application.

What about you? Do you have any suggestions for PoE support gem?