The Elder Scrolls Online DLC Horns Of The Reach

Recently, Horns of the Reach was announced. And now Bethesda has announced the release date for the next DLC. That expands the already gigantic MMORPG The Elder Scrolls Online for PlayStation 4 from August 29th, 2017. At the same time, you are rewarding either 1,500 crowns (in-game currency that you can earn for real money) or you are in possession an active ESO Plus membership. Because in the latter the upcoming download content is included. 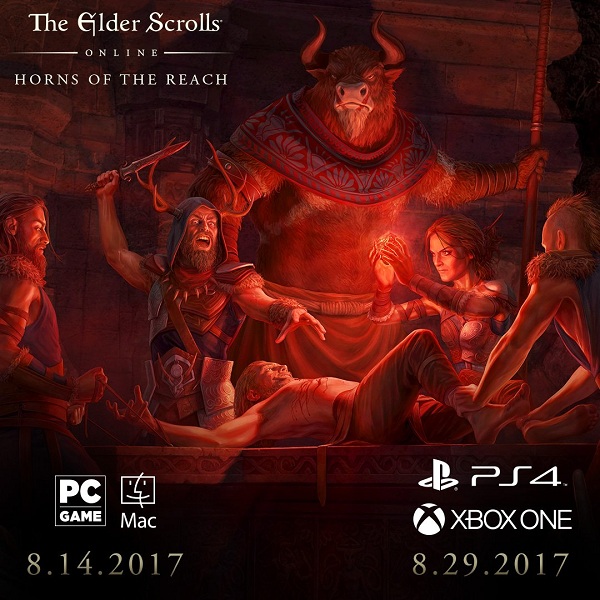 With the new DLC players get two new dungeons. These are the Bloodroot Forge and Falkreath Hold. Furthermore, new, unique item sets and monster masks, boss collectibles and titles will be included.

Details about the new dungeons, directly from the developers:

The Reachmen, who have been fired from hatred and revenge, have discovered where a terrible mystery hides itself: the Bloodroot Forge. This altar of all primitive and untamed gives a terrible power to those who are ready to lead them. Dare to go to the Bloodroot Forge and keep the Reachmen and Minotaurs allied with them before it’s too late.

Falkreath’s defense was broken. The Minotaurs and the Reachmen allied with them are merciless and flow through the fallen walls. Soon Falkreath Hold will fall to her. Collect your closest companions and go. You are the last line of defense.