When Bungie released an update to Destiny earlier this week, it was meant to remove various exploits (aka “cheese”) that made it easy for PlayStation and Xbox players to complete the Crota’s End raid. While the most egregious of those exploits are gone, players have still discovered various “cheese” moves are still valid and some fixes didn’t quite go far enough.

One of the most common exploits in Crota’s End was to use the explosion of the second lamp in the opening “Traverse the Abyss” section to throw players to the top of a ledge, where they can quickly and safely complete this part of the Destiny raid. The throwing effect of the explosion was removed, but You Tube user jon doe shows that an agile enough Guardian can still reach the ledge from the second lamp.

In reality, the Bladedancer Hunter should be able to go through most of “Traverse the Abyss” invisible. The Blink Strike, Vanish, and Stalker skills make the journey easy. However, the video show a Hunter with maxed out agility and the agility bonus from the Ice Breaker sniper rifle can make the jump from the rock at the second lamp to the ledge.

Truthfully, it’s not just Hunters that can do this. Striker Titans can do this as well, even after the map explodes. The agility bonuses from Ice Breaker and the MIDA Multi-Tool help greatly. Warlocks are a little more challenging. The trick is to get good height and momentum before the Weight of Darkness drags you down.

“Cross the Bridge” is another area that was exploited by Destiny power leveling. Bungie removed the ability to complete this mission by killing the Hive on the other side without crossing. That is gone. However, the ability to jump across the chasm without forming the bridge still remains, as YouTube user Crotch shooter demonstrates.

Bungie only slightly extended the “death zone” over the chasm. A highly agile Guardian can still sword swing their way across the chasm with a well-executed jump.

Meanwhile, there is one “cheese” exploit in this section that remains unaddressed. Destiny players can activate the encounter by standing on the center plate and retreating to the room at the top of the stairs and jumping on top of the crates in the back. The Swordbearer Knight will still come out, but the rest of the Hive on this side of the bridge will despawn, as YouTube user Alex Priebe show 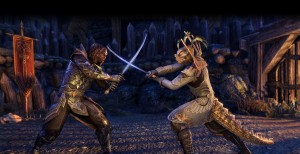 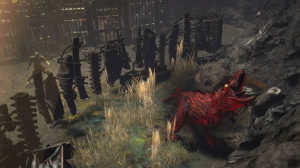